A Hybrid Future with an Enormous Potential: Hydropower-Floating Solar

One of the trends that we see emerging in the renewable energy industry is hybridization.

Companies that previously only did solar energy are now also doing wind, and vice versa. Companies are also increasingly looking into storage to pair with their generating assets. Reliability is key and hybridization can play an integral role here. An exciting development in the hybridization sphere is the hybridization of hydropower - the forgotten giant - and the “new kid on the block”, floating solar.

To dive deeper into the exciting developments of hydropower-floating solar hybridization, we sat down with perhaps the world’s foremost expert on this field, Stanislas Merlet. At Glint, we're extremely interested in advancements in solar development and we're always looking to learn more. Reach out to us on our website to start a deeper conversation about solar technology.

6,300 TWh of extra electricity could be produced every year from floating solar on hydropower reservoirs worldwide.

1. Stanislas, let’s start with the basics, what is hydropower - floating solar hybridization?

“First, we should differentiate hybrid and what we call “collocated” plants. Collocated plants make use of the water surface to deploy floating solar, but the only interaction between hydropower and solar is that they share some limited infrastructure. We focus on hybrid, defined as a power plant generating an output that is the product of mixing the two energy sources, operated as one. And we like to say that with hybrid, one plus one equals three.”

2. What is the global potential for hybridization?

“The global potential is enormous. A study from Lappeenranta University of Technology stated that 6,300 TWh of extra electricity could be produced every year from floating solar on hydropower reservoirs worldwide, if covering just 25 percent of the water surface. For comparison, all hydropower generated last year 4,400 TWh.”

3. In what regions/countries will we see the largest growth of hybridization projects in the next five years?

“Solar power is cheap but does not benefit from a very high power/surface ratio, meaning that it requires amounts of land that could be well used for other purposes. We thus expect the largest growth, in floating solar in general as well as in hybrid specifically, to happen in land-constrained parts of the world, mostly in Asia. Several countries highly dependent on hydropower in Southeast Asia, like Thailand, Laos, Vietnam and Indonesia are already deploying floating solar power on their hydropower reservoirs.”

“In Africa, grid connection of utility-scale solar power plants is often a major issue. Using existing infrastructure developed for hydropower is a very interesting option. Hydropower is often deployed in mountainous regions (for obvious hydraulic head reasons), floating solar power can then be easier to implement than ground-mounted in these locations.”

“In many places, the capacity factor of hydropower is also quite low. It can be a design choice to meet peak demand, but it is increasingly impacted by climate change and progressively important water management issues as these reservoirs are often multi-purpose (potable water, flood control, irrigation, navigation, etc.). Floating solar can be a good match in these locations, like in Brazil, to improve the overall system reliability while increasing generation capacity and improving the capacity to deal with other water uses.” 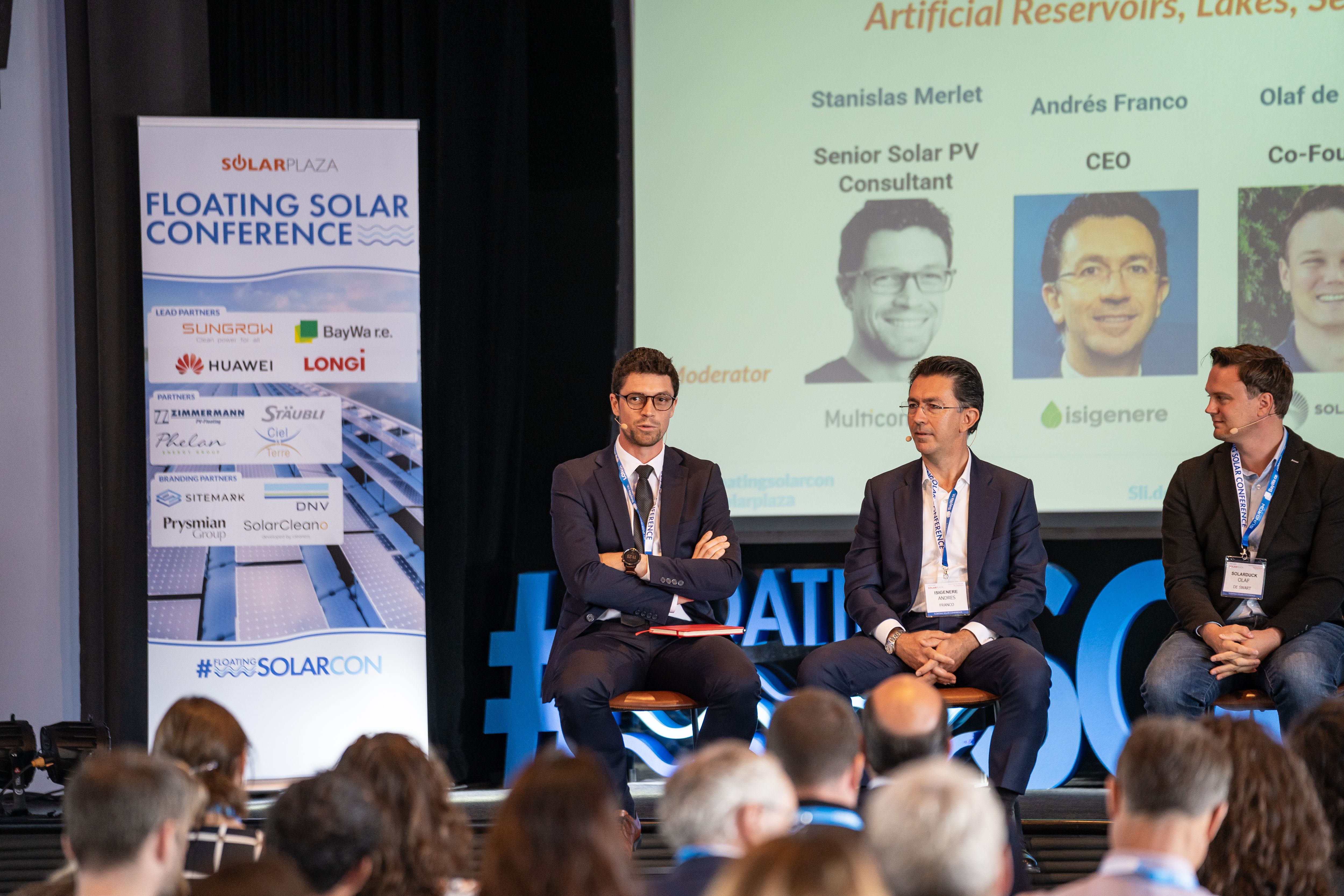 4. What are the main challenges, both from the solar developer and hydropower operation sides, respectively?

“All in all, the challenges mainly relate to the power market in which one operates, and under which conditions the electricity is supplied to the grid (power purchase agreement). In hybrid operations, one of the two energy sources might have to be curtailed due to inflexible constraints on the other source. Design and sizing should be done in a way that avoids these situations as much as possible, but we could, for example, think about more spillage from the hydropower plant due to an oversized solar plant. Or solar power curtailment due to a requirement for minimum flow in the river downstream. These must be addressed in the business model and in the PPAs.”

“The regulatory framework must also be designed so that it allows hybridization. Permitting and licensing can be consequent bottlenecks in terms of feasibility or just development time. Ideally the solar and hydropower developers could be one and the same. We’ve seen some interesting mergers & acquisitions in the last several years leading to more multi-energy global actors like Scatec (buying SN Power) or Statkraft (buying Solarcentury), developing and operating solar, hydropower, wind and electrical energy storage. The next natural step for these actors is to combine them all in hybrid plants. That will also make collaboration easier between two renewable industries that have sometimes experienced trouble understanding each other: the ‘hype new solar which goes fast and is cheap, but can’t be stored’ and the ‘old but reliable hydropower that can produce a lot of dispatchable power, but has a huge environmental and social impact”.

5. Are all reservoirs created equal? If not, what are the characteristics of an attractive hydropower reservoir for hybridization with floating solar?

“The solar industry is very much standardized (cells, panels, cables, inverters, connectors, etc.). Building a solar power plant is like playing Lego with a huge number of pieces, but it is kind of plug-and-play. On the contrary, no two hydropower plants are alike. Reservoirs, equipment (often tailor-made turbines), dams, even business models (base load, peaking, frequency regulation) can vary.”

“The dream reservoir for floating solar power developers would be not too big and not too exposed to wind, to limit waves and mechanical loads. It would be not too deep and would not experience huge water level variations, and then could go with a not-too-expensive anchoring and mooring solution. It would be not critical in terms of environment and social impacts (flora and fauna: in, on and around the reservoir; water uses; fisheries; recreation; etc.). It would also be close to the grid connection point and easily accessible for both construction and operations. That applies for floating solar on a reservoir, collocated or hybrid.”

“In addition to the reservoir, some characteristics of hydropower plants are also better suited for hybridization than others. Seasonal variability of inflow makes a better business case for hybridized plants. Large reservoirs can store more water, and plants with low capacity factors increase the ability to delay generation. More turbine-generator units that can operate at low or no load also provide more flexibility to operate them efficiently.”

Thank you to Stanislas for the deep insights on hydropower-floating solar technology! We’re excited to watch the continued growth of hydropower and floating solar hybridization. At Glint, we’re interested in the intersection of various renewable technologies and new developments in solar tech. Join us for a conversation about solar technology by setting up a time to chat on our website. 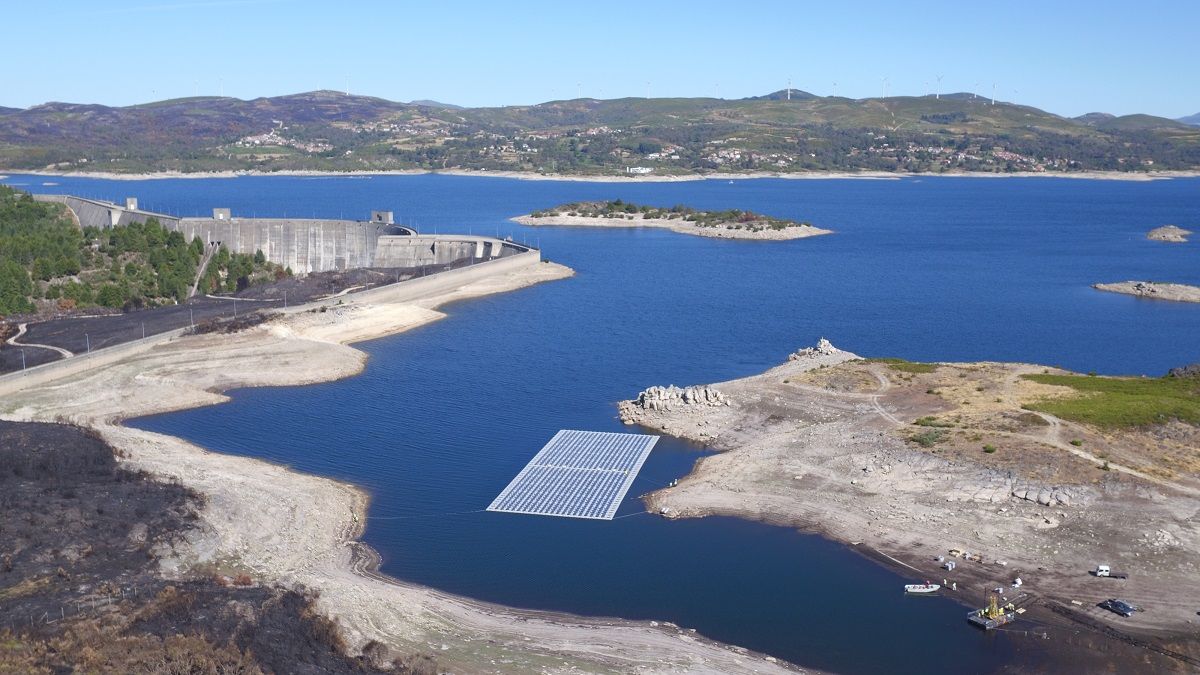